The Android OS has taken the smartphones to a whole new level. Being an open source OS, it has really managed to make it amongst many phones these days. The OS was developed specifically for the smart phones and was a big hit because of the support for a wide variety of devices with varied hardware characteristics. The OS was first released as Android 1.5 and was not much popular then. Then came the Donut version which was the codename for Android 1.6. It was a minor update in terms of performance, but nothing new was seen. Then the Android 2.1 version was released as Eclair which saw major updates in terms of graphics and performance. By the time Android 2.1 came, a lot of companies started using it as a base for their smart phone and thus it got the instant celebrity status. Then a minor performance upgrade saw it make it to Android 2.2 which is codenamed as Froyo. It was performance upgrade and nothing big was seen. The next version was Gingerbread and it was not a big update.

Android Honeycomb – The boon for Tablets

Once the OS was a hit among the phones, many companies started using it for their tablet devices. The tablet devices were facing extinction until the iPad came. The iPad came and then followed the series of tablets. Since the OS was only for smart phones, the tablets were having a little trouble with the OS. The Honeycomb was designed only for that purpose. The Android 3.0 which is codenamed as Honeycomb was designed as a special for the tablets. It will have a great compatibility for the tablets as it is designed specifically keeping in mind the tablets and their hardware specifications.

The Froyo version was designed only for the mobile phones and 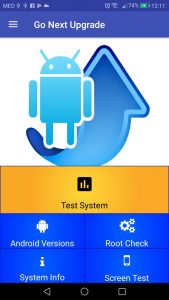